Recipes have been translated from Syrian, so one might need to use one’s skill and judgement. 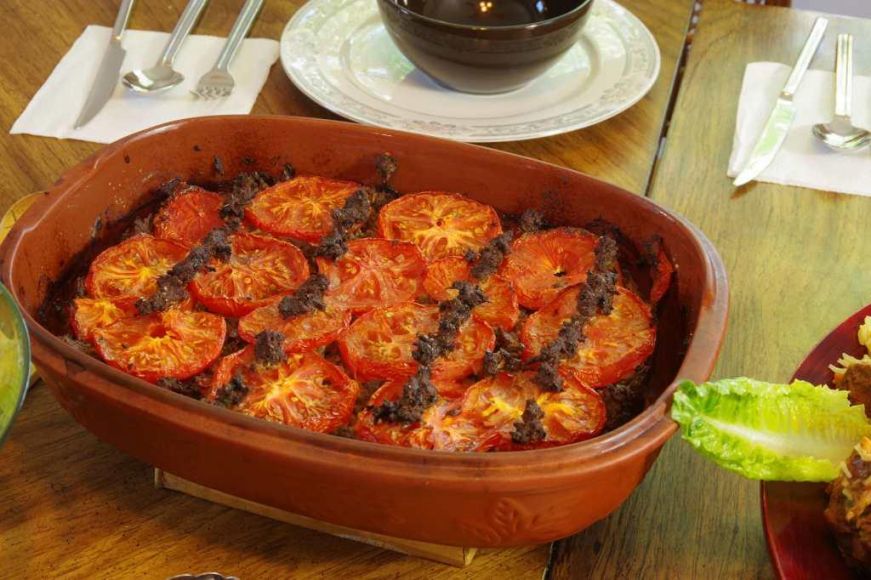 Put the bowl in the roasting dish and put half the amount of meat with vegetables and spices then put the eggplant and then add the rest of the meat, then the last layer tomatoes and half a cup of water.
Put it in the oven at about 400f for an hours. The idea is that it cooks in the steam from the water. Check on it periodically.

2 and a half kilos of your preferred meat with bone in or chicken works equally well.
Half a kilo of potatoes, sliced and fried
Half kilo of eggplant chopped and fried
Chopped tomatoes
2 cups green peas

Cook the meet with salt, cinnamon, 3 cardomon pods and cloves in water or broth until it boils.
Then add the meat and then the potato, eggplant, peas and tomatoes
Add a medium spoonful of coriander, black pepper and red pepper, a teaspoon of turmeric and curry powder. Add the rice and a cup and half of water or broth. Bring to the boil, cover and simmer until rice is cooked.

Serve in a large dish.