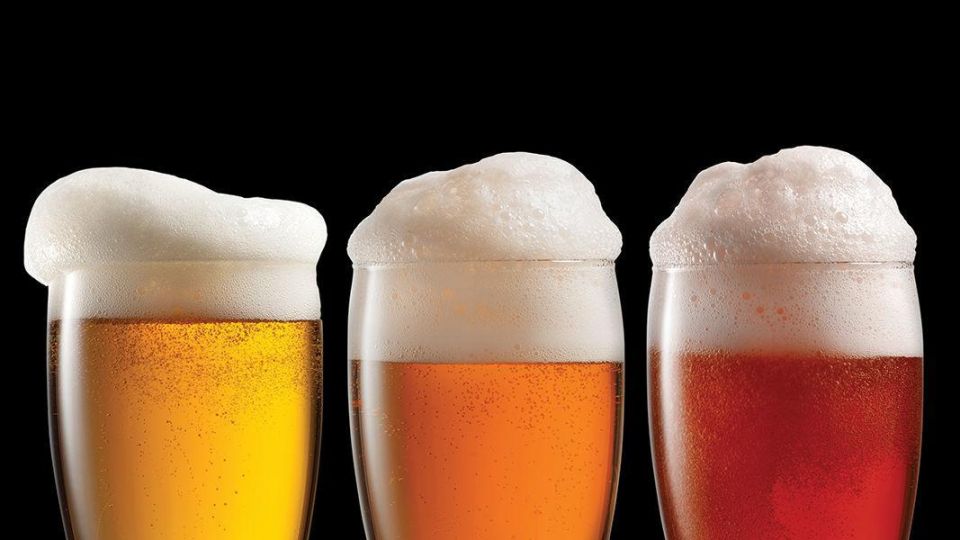 Collaboration is instrumental in any industry because it breeds innovation and creates shared learning experiences. It also generates knowledge and awareness through participation within communities.

Ontario’s craft brewery community prides itself on being just that; a community. It thrives on collaborating; building relationships, and creating awareness of the historical events of a region, culture, and identifying the components that make that region stand apart from others.

Craft breweries are constantly emerging throughout Ontario, with over 100 brewers who are dedicated to creating unique, fresh tasting beer. Brewing artisans are inspired by years of beer-making history and developing distinctive tastes, and recipes by using a selection of naturally and locally grown ingredients.

Three Eastern Ontario breweries have made their way into the Ontario craft brewing industry by virtue of collaborating with their respective communities and relations with each other: The William Street Beer Company in Cobourg, Manantler Craft Brewing Company of Bowmansville, and Port Perry’s Old Flame Brewing Company. With few trade secrets in the industry, these breweries have come to realize that they only benefit when they form amicable relationships with each other – sharing ingredients, suppliers, brewing tips and even an invite to brew some beer together. Everyone benefits from this alliance. 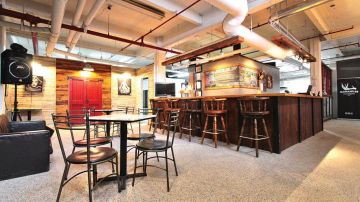 To the east is William Street Brewery Company of Cobourg, who recently moved from their original home on William Street to a larger location on Elgin Street. The new facility provides them with more production space, a retail store to showcase a broader spectrum of products, and a licensed tap room offering 12 oz. servings. Owner Sean Walpole and his wife Karen settled in the Cobourg area five years ago after brewing in their home in Scarborough. Their core brands featured daily are: “North Shore Ale”- a hoppy blonde, “Cliff Top Pale Ale”, “Red Sky” along with a winter seasonal brew called “Monkey Mountain Export India Porter.” Along with their recent move, they added two talented graduates from the Niagara College Brewmasters and Brewery Operations Program: Karen Belfry - Head Brewer, and Corey Fairs who offers both brewing and culinary experience.

Recently voted #1 Craft Beer in Northumberland for the Reader’s Choice Awards, William Street continues to commit to offering world-class beer in small batches. The Brewery uses local hops from The Bickle Farm Valley Hops, a new hop farm to Northumberland County that focuses on high quality hops that are locally grown in a sustainable manner.

The process is similar at Manantler Craft Brewing Company just down the road in Bowmanville. Chris Allott, James Gorry, Oliver Ward, and Daniel Almeida, all high school pals, started Manantler Brewery two years ago, opening up shop in the basement of the Old Bowmanville factory. Their small batch craft brewery and tasting room offer a wide variety of brews to sample. Their beer is known to sell out quickly so they recently added a 1200 litre tank to the production to help meet the supply and demand issue.

In 2015, Manantler won the Silver Award in Dark IPA category from the Ontario Brewing Awards for their Dark Prince Black IPA. They have created 60 distinctive beers to-date, and all feature intriguing names such as – The Dark Prince, Roberta Blondar, Liquid Swords and Seismic Narwhal. Another claim to fame for this brewery is that they developed and launched Clarington’s first craft beer festival which took place on August 20th, 2016. Their next steps are to expand their production and to build new revenue streams. Manantler is currently pouring their popular Clown Punch and Belgian Pale Ale on tap.

Due north of Bowmanville, you’ll find the town of Port Perry. Housed in the former Ontario Carriage Works, built in 1884, is the Old Flame Brewing Company. Jack Doak, self-proclaimed “Chief Torch Bearer”, his wife Sherri and partners worked to restore the building, and develop the brewing operation. Through the restoration process, they uncovered the original post and beam structure, century old brick and burnt timber from two historic blazes.

The Doaks opened the revitalized building in 2014 and named their brewery Old Flame and their craft beer Blonde, Red and Brunette to celebrate amorous relationships gone by, yet “worth remembering.”

There are six taps pouring a revolving variety of brews created by head brew master Scott Paulter, another graduate from the Niagara Brewery College. Scott has implemented a reverse osmosis system which improves the water quality for the brewery. Old Flame has enjoyed a lot of success, winning numerous awards over years: in 2015 the Red Vienna Lager won a Canadian Brewing Award, Gold Medal and #1 Red Lager in Canada; the Brunette Munich Dunkel Style Lager, the Red and a seasonal Ginger Beer won Silver Medals in Ontario in 2016. Another favorite is “Dirty Blonde” Kellerbier Style Lager, a beer left unfiltered. Old Flame has also won a total of 13 Niagara brewing awards.

These three young and very unique breweries are thriving within their respective communities. They understand that demand among consumers to have locally sourced products is increasing and have made that an essential aspect of their respective philosophies. They brew naturally using malt and other grains, and non-malt sugar spices among other ingredients which are sometimes used to provide nuanced flavours. Each brewery also features a menu of locally sourced food items which pair well with their craft beers.

These owners and brew masters love the challenge that stems from creating locally crafted, fresh tasting beer made from the best quality ingredients. Judging by their recent successes, it would be more than fair to say that they are rising up to that challenge.

Local Craft Breweries Thrive Through Collaboration - 5.0 out of 5 based on 1 vote
Rating: ( 1 Rating )