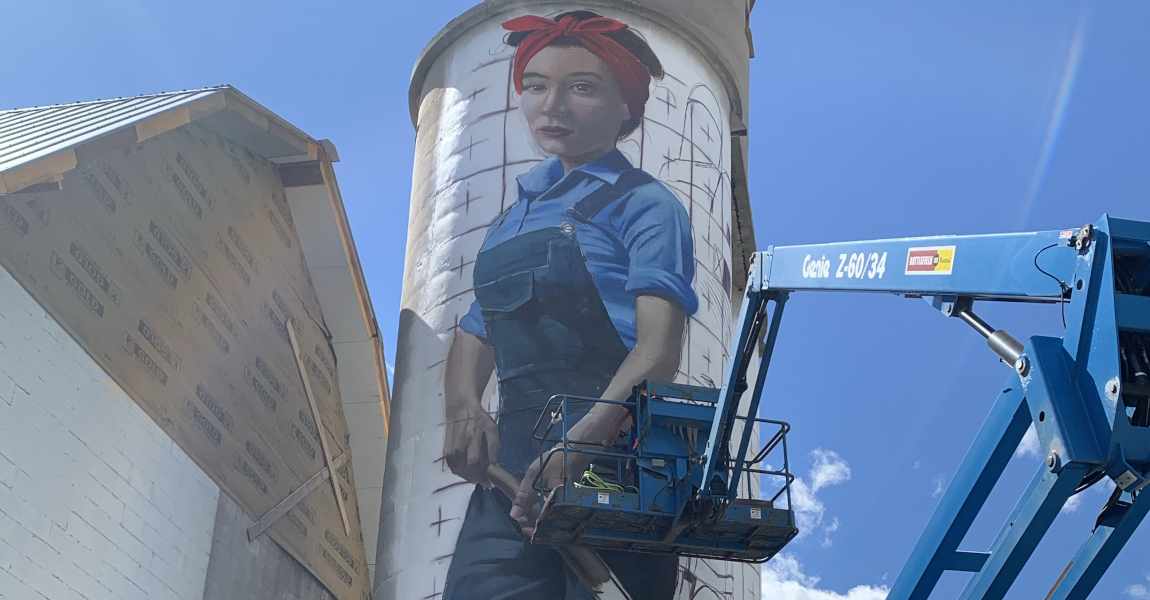 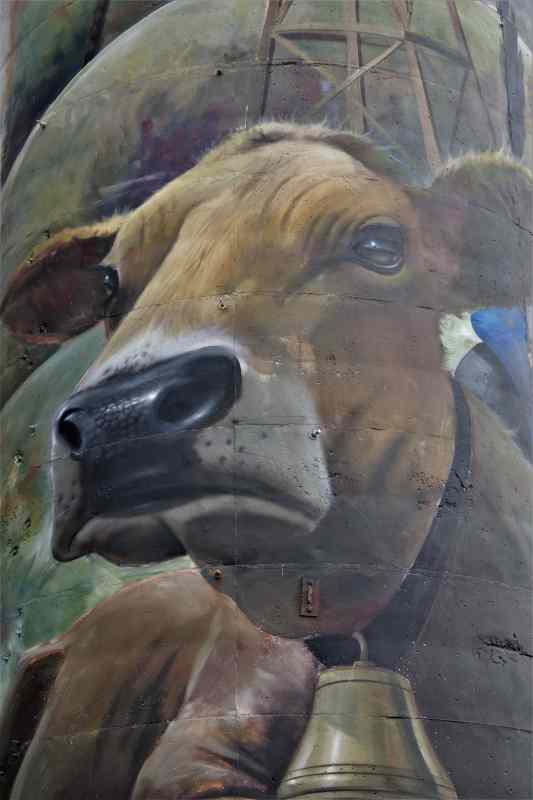 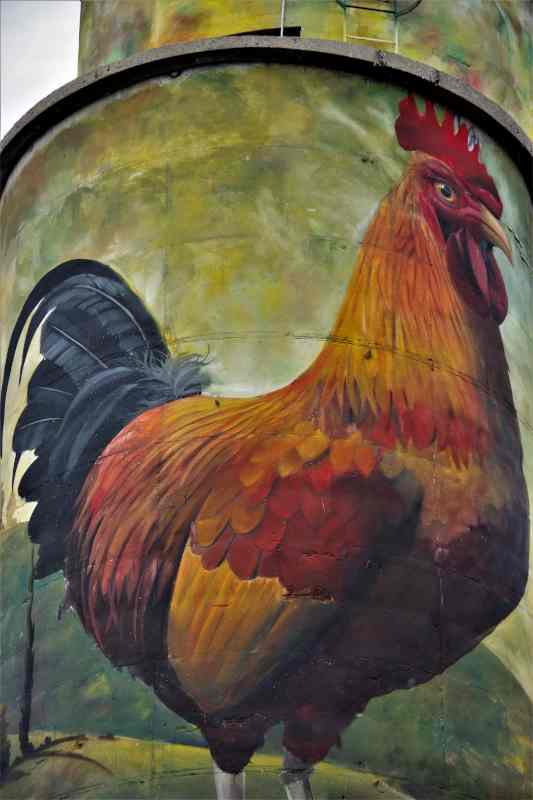 “Right from the beginning, I always strived to capture everything I saw as completely as possible.” Norman Rockwell

It is an artist’s calling to translate the greater truths of the outer world and convey something of his own inner world to his audience. His job is to evoke in us the rawest of emotions and cause us to experience some of the deepest, most intense feelings we will ever have.

For the audience, whether it’s a song, a movie, a book or a painting, the ability to experience someone’s reflection on life is truly profound. It’s a brief step inside someone’s mind without ever having to leave your own.

Shane Goudreau is an artist who has been inspiring audiences around the world with his art. Taking art in high school, he remains mostly self-taught, having been sketching and drawing since the age of seven, progressing to paint in oils at twelve.
Whilst he never pursued post-secondary education in art, he recalls, “I did spend a significant amount of time around people who did study art in university.” Immersing himself into that creative world, he drew inspiration from those around him.

Deciding in his early twenties to make art a career, Goudreau engaged in commercial projects, using acrylic house paint for the preliminary layers with artists’ colours for over painting and fine details. Now, as a professional artist for over twenty years, he has completed some major undertakings. One such endeavour is now the world’s largest indoor mural, commissioned by Molson Canadian and situated at Raxx, on Development Drive, Kingston. Working on the piece, he learned it was almost double the size of the then world record-holding mural, located in India. Goudreau applied to Guinness to establish himself as the new world record holder in 2018.

Well known in Kingston for works in commercial premises such as Svendson Bros. Automotive, which depicted Don Cherry and Bubba’s Pizzeria featuring Gord Downie and the Tragically Hip. Interior murals can be found at Stooley’s Bar and Grill and Spearhead Brewery. A great accolade for the artist, this latter commission was secured following a nationwide competition. For the Wiley Street Catholic School, he created a mural depicting St. Francis of Assisi.

In 2018, he painted an exterior mural of Molly Brant near the eponymous Kingston school. In a Facebook post, he reflects, “There are no known pictures of Molly, only a bust that was based on what her granddaughter looked like so I had to use my intuition. Sometimes what speaks to the soul cannot be described so easily in words; this is partly why I love what I do for a living.”

I’ll never have enough time to paint all the pictures I’d like to. - Norman Rockwell

Like many of his fellow Kingstonians, Goudreau has a passion for hockey, the military, and the Tragically Hip. His art has brought to life such people as Don Cherry, Wayne Gretzky, Gord Downey, Terry Fox, Tupac Shakur, Malcolm X, Viola Desmond, and Nelson Mandela.

The Gretzky work depicted Wayne’s father, who passed away in March of 2021. Recently, Kirk Muller’s brother, Mark contacted Shane regarding the painting, with the outcome that Kirk bought the painting and gifted it to Wayne to commemorate his late father.

Don Cherry also appreciated the painting Goudreau created. and they got to meet over a beer whilst chatting about hockey. Growing up playing hockey, Muller, Gretzky, and Cherry were his childhood heroes. He smiles, “When people tell you they love your work, especially when that work is of them, then it’s a very special compliment.” More so when those compliments come from people you greatly admire.

Further compliments came from Terry Fox’s cousins. One cousin saw the painting of Terry Fox and sent it to his brother. Both appreciated the opportunity to see their late cousin in such a powerful piece of art.

While he places an emphasis on painting specific figures, important historical events are not ignored. Offering viewers the experience of an event of which they were never a part really comes to life in his works. One such mural was painted at the Royal Canadian Legion Branch 631in Collin’s Bay in tribute to a relative, whose life was lost in WWI. “I’m a bit of a stickler when it comes to authenticity,” Goudreau admits, wanting to ensure that the attire, buttons, and weaponry were all historically accurate. This forty foot Vimy Ridge mural is large enough to be seen and appreciated by all who drive by. “To be visible from a distance, you want your figures to be more than life size.”

In the fall issue of Grapevine Magazine, we were introduced to the artwork of Shane Goudreau at the L&A Mutual Insurance building in Napanee, where inside and outside his painting skills are very much in evidence. (See grapevinemagazine.ca if you missed it.)

Goudreau reveals, “I met Mike Salmon, L & A Mutual Insurance President, when I was working on the Raxx mural. He contacted me just before the pandemic, shared his vision and gave me the artistic license to bring that vision to life.” However, Salmon was initially unclear about what to do with the silos, until Goudreau suggested they presented a great opportunity for artwork and sketched out some ideas. Salmon approved and the project went ahead.

Design considerations reflect historic influences of when the business was founded in 1876, but the artist chose the 1940s as the primary setting. With Salmon’s input, they opted to use a female farmer’s image. Inspired by Rosie the Riveter, the silo painting references a recruiting campaign image from WWII intended to encourage women to work in the defence industry. The origin of this image is a Norman Rockwell painting, who just happens to be Goudreau’s favourite artist.

Great care was taken with sketching out the imagery around the cylinders, with constant adjustments for perspective and scale to keep everything in proportion. Although the sheer size of the silos presented a challenge to get the sight lines just right, this was not the first time Goudreau had painted on a curved surface. At the Kingston Ale House, he painted upon the airplanes which hang from the ceiling, creating art around their fuselages and undersides of their wings.

The self-taught artist observes, “I was never really told what I could or couldn’t do one way or the other. I have more than one style because of that.”

Although he doesn’t do a lot of work with oils anymore, he may be found creating with any of the following media: acrylics, air brushing, plain brush work, acrylic and air brush, or acrylic and charcoal, which is a very unusual combination. He has even tried tattooing.

Shane developed his own painting process which he calls, Acid Etch Painting, employing different concentrations of bleach to remove some of the colours, which he then rebuilds with additional colours. “It’s a strange, organic process as the image slowly lifts out and comes to life,” he explains. Over the last ten years of experimenting with different intensities of colour, the process has become more refined and this year will be the first time he exhibits his acid etched paintings at a major show.

Goudreau will be attending Art Basel in Miami this December, an event designed to connect artists, patrons, and galleries from around the globe. Currently he is working on a number of pieces and plans to exhibit twenty paintings. With a trailer in tow, he will drive to Florida, hauling all his art pieces and equipment himself.

Art Basel’s organizers were so impressed with Goudreau’s submission, they arranged for him to have a larger booth at the very front of the exhibition. “It was an unexpected honour,” he admits and, “definitely not usual.” He is looking forward to the central location for attendees to view him creating artwork live, right in his booth.

Marketing is mostly word of mouth, which is how he connects with the vast majority of his clients. Social media posts he imagines produce fifteen to twenty percent of his commissions. “Once you do a few good pieces in an area like Toronto, word gets around.”

Most clients have some idea of what they would like, but want to benefit from his insights as an artist: he guides them as to what works, with respect to the site, medium, and theme. Many clients watch the process and give feedback as he goes along, but mostly he is allowed to follow his own artistic inclinations.

Inspired by Norman Rockwell, Salvador Dali, and old masters such as Michaelangelo and Caravaggio, as well as contemporaries such as Kehinde Wiley, he is aware, “There are numerous artists who do incredible things. It would be impossible to name all those who’ve inspired me.”

“The secret to so many artists living so long is that every painting is a new adventure. So, you see, they’re always looking ahead to something new and exciting. The secret is not to look back.” Norman Rockwell

It’s clear that Goudreau has a deep passion for both his art and travel. In the new year, he hopes to return to Spain to execute two further murals and continue providing people all over the globe opportunities to experience his work.

His dream project is, “Something big, exterior, maybe in a warm destination. I’d love to be given a wall to do anything I want to do, the larger the better, and as much freedom as an artist can have.”