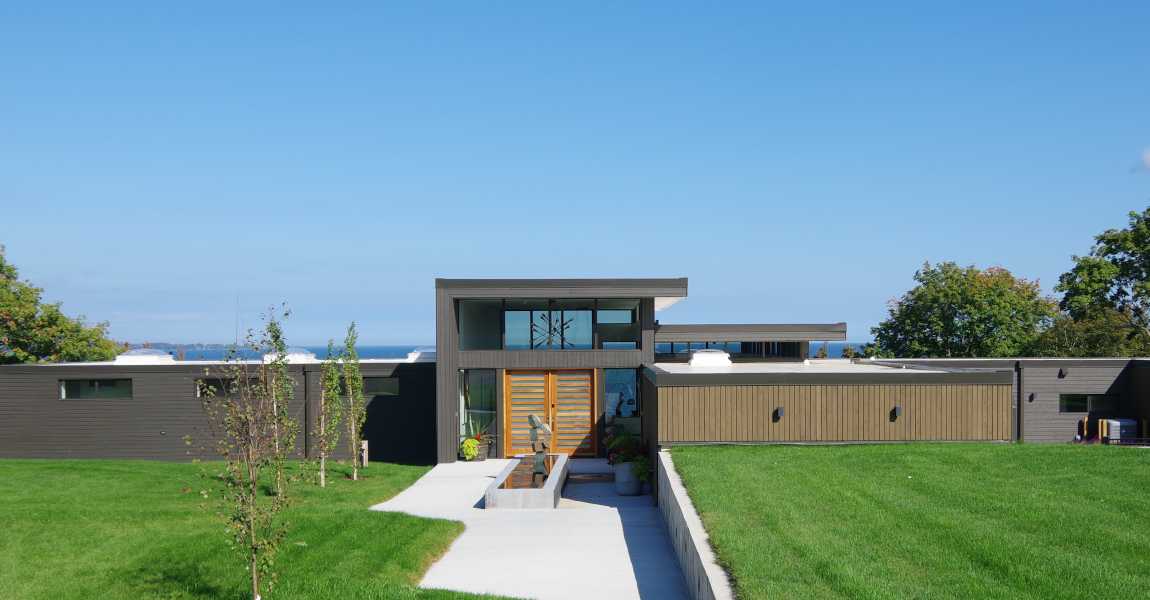 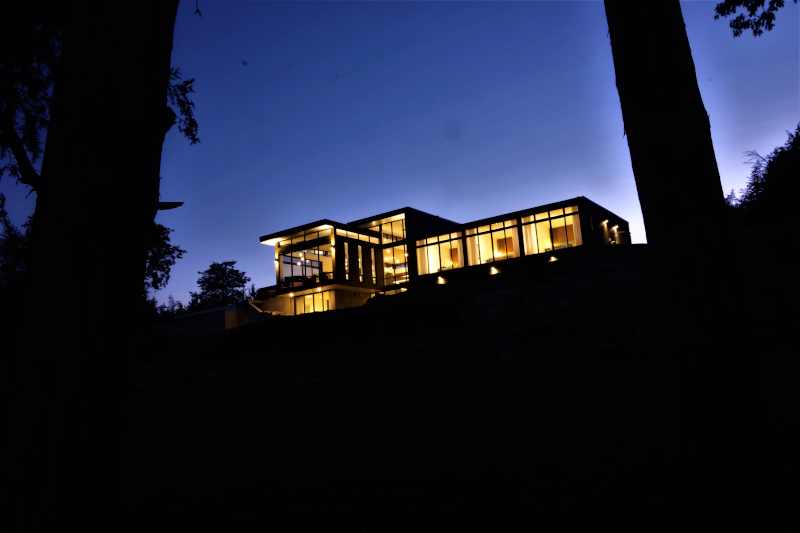 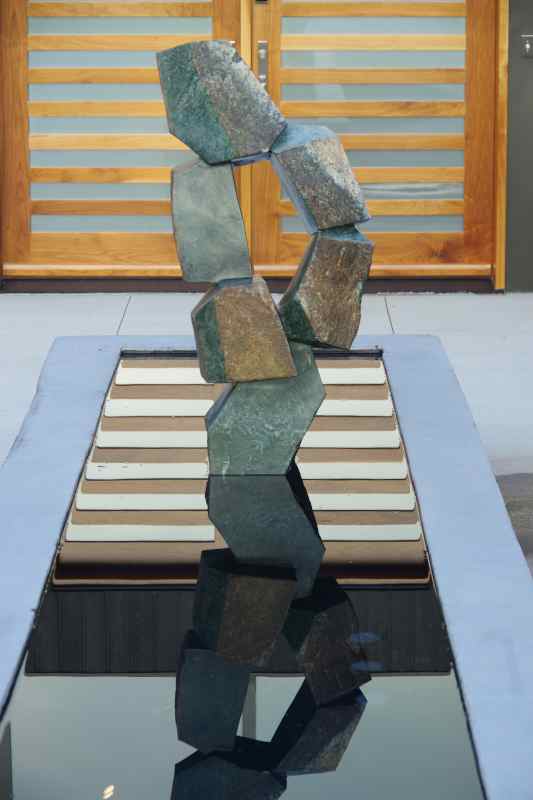 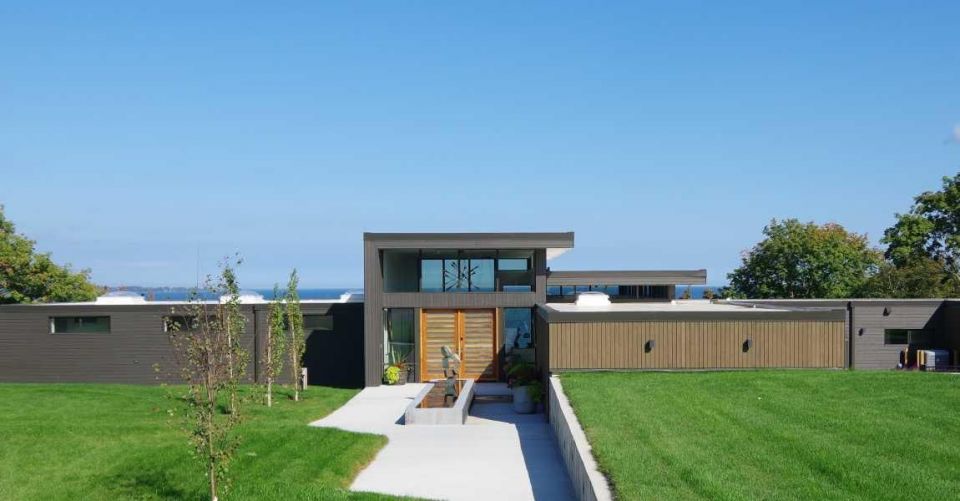 In unfamiliar territory my sat nav advises, “You have arrived,” but other than a 911 number, I do not see a sign, or anything much, except an unassuming rather unprepossessing track winding out of sight up an incline. Accepting the implied invitation to discover what lays beyond, I follow its twists and turns for what seems like an age, and am just beginning to think maybe I am trespassing, and might be about to meet someone with a shotgun, when I crest the summit at which point the land drops gently away revealing a structure seemingly in the process of emerging from the ground.

No doubt my face was set to fully stunned mode, as I for the first time experience Mirazule...the recently constructed boutique inn and home to owners Ian Nelmes and Miguel de Lemos. Their brief to the architects was for the building to snuggle into the contours of the landscape, whilst simultaneously appearing restrained and understated when first encountered. There is of course understated and understated: this is spectacularly so, a family resemblance to Frank Lloyd Wright’s architectural legacy announces that Mirazule is the very essence of contemporary cool. Overlooking the water which on my visit was as blue as the Mediterranean, the rear aspect of the building affords a vista that can only be described as serene if not actually divine. An almost mystical sense of peace and calm pervades the property, punctuated only by occasional wild life and birds making their presence felt.

Think Atlantis, Avalon, or El Dorado, lost worlds that conjure mystique and a sense of wonder...the name Mirazule promotes inquisitiveness and by the same token, deters the uninquiring and likewise the unworthy...acting as a skip filter question in a survey. It is exemplary product positioning and shrewd marketing.

Ian and Miguel had successfully developed a hotel business in France over the preceding seventeen years and were pondering their next venture and looking favourably towards the east, specifically Turkey. However the political situation and presence of the autocratic President Erdogan were negatives. Ian still had family in Canada, and despite the couple’s reservations about winter, that decided the matter. “Flying across the Atlantic with two dogs is not something I would recommend or ever repeat,” confides Miguel. Prince Edward County was not necessarily their original target, but visiting friends in The County and discussing their plans ultimately lead to the purchasing of the land upon which the building now sits.

Securing a site, finding an architect and builder all take time...the build itself takes time too obviously...what we see today is the end product of five years of endeavour. Spectacularly situated on quite a steep incline, the house, (if I can call it that), takes full advantage of its location, seemingly integrated harmoniously into a landscape offering complete tranquility. Internally, as a consequence of a high degree of sound proofing, the ambience of each room is that of a luxurious monastic sanctuary for the spirit, a place where fatigued souls can rejuvenate.

So how would they define Mirazule? “Are we a hotel, or a motel or an inn, a term no one understands, or maybe a private house party,” speculates Ian, “We settled on boutique inn which we believe indicates smaller and intimate, but still suggests something special. The experience begins at the drive up from the road, after which you could be almost anywhere. We aspire to be more than a place to sleep and a base to explore The County, we would like to be seen as a destination in our own right, a place where guests have the permission to do absolutely nothing if they so choose.”

Fortuitously my visit coincided with the arrival of four guests. Very shortly afterwards all of us were pleasantly situated in the lounge enjoying preprandial drinks and engaged in conversation...it was seamless and natural...it’s the Mirazule affect. For more information contact Ian or Miguel via mirazule.com