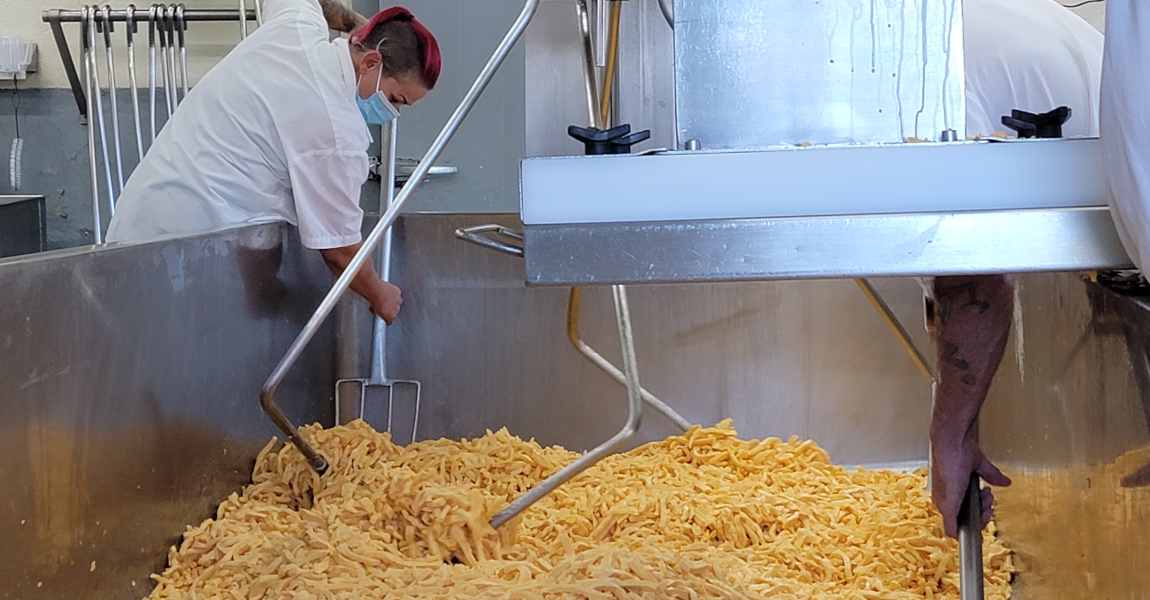 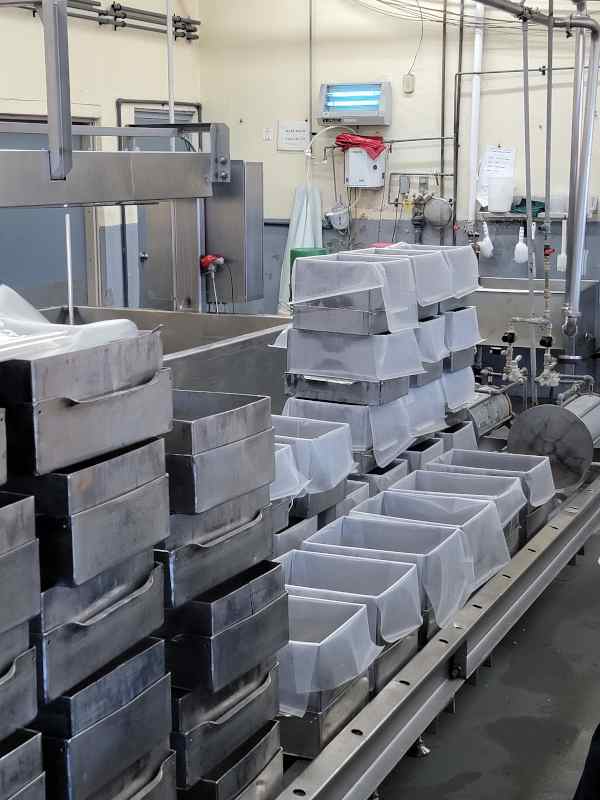 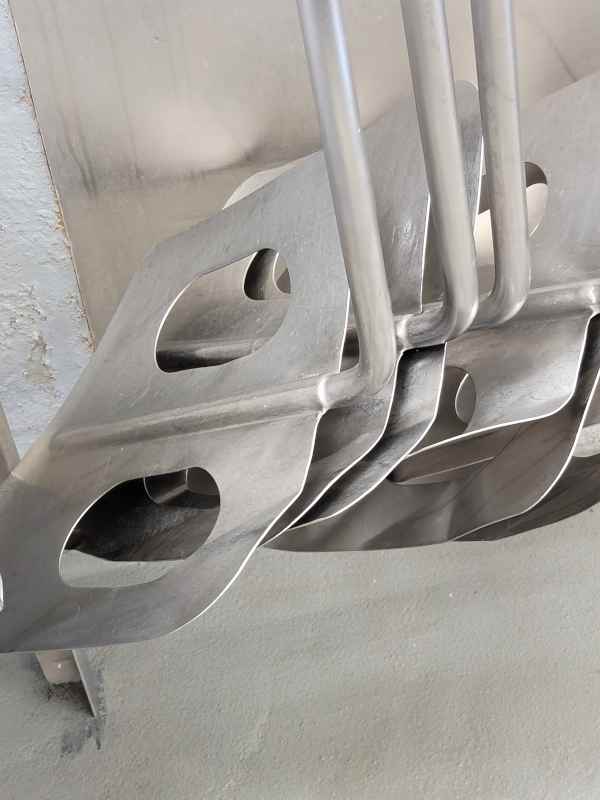 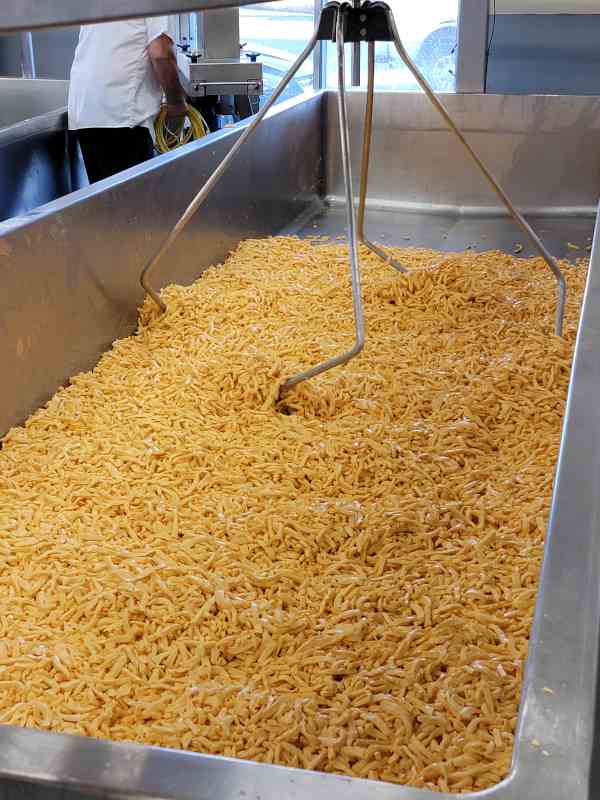 Empire Cheese and the Making of the Cheese Course 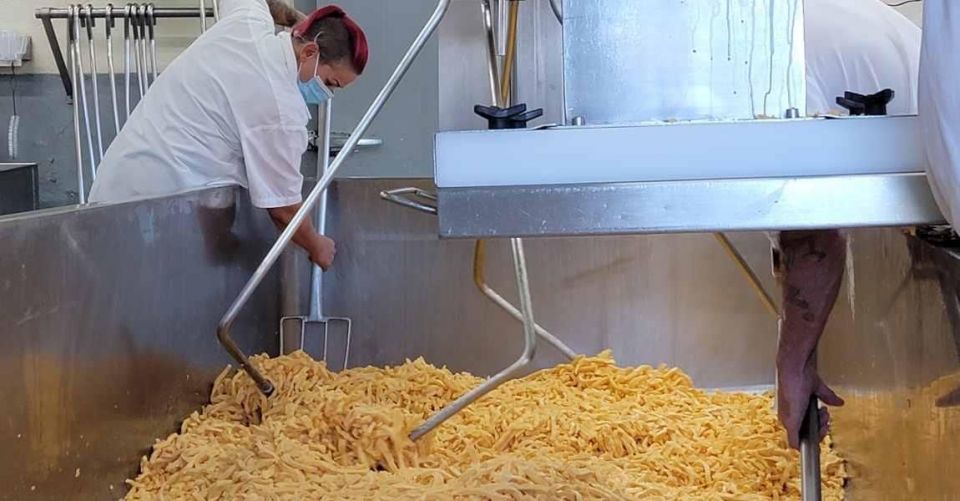 My friend Kathy Guidi is a caseophile of renown. I know that sounds unsavory but take heart because if you are a connoisseur or lover of cheese, you are also a caseophile. With her thirty-five years of experience working with cheese mongers and producers across Europe, Canada and the United States, Kathy is a respected ‘maitre fromager.’ Her book, Canadian Cheese A Guide, makes sense of the many cheeses available at grocery stores, cheese boutiques and fromageries, explains cheese, food, and beverage pairings and generally helps the reader with her “cheese ladder of appreciation suggestions: if you like this cheese... then try this.” She explains how to taste cheese like a pro and encourages breaking the pattern of buying the same, familiar cheese.

She is also the President of Artisan Cheese Marketing (ACM) a unique cheese public relations, education and marketing company designed to meet the education needs of the growing North American cheese industry. Kathy, is the founder of Cheese Education Guild, the ‘first full curriculum cheese appreciation school in North America’ now operated by Lisa McAlpine and Deborah Levy in Toronto and affectionately known as “curd camp.” The school teaches cheese appreciation and offers an in depth, certificate program and informal business tastings.

Last year Conestoga College began their professional cheese making course, a one-year program, because artisan cheese makers are retiring with no one to replace them. When the Ontario Dairy Council identified the need, the college created a program. Expert hands-on teachers share the intricacies of their craft and now the graduates are working in the industry.
The University of Guelph has been offering some version of its cheese making course since 1893, even holding online cheese making courses this year: Introduction to Cheese Making Technology and a Cheese Maker Certificate.
George Brown College has a Professional Fromager Program. It was developed because an increasing number of consumers are becoming passionate about cheese and this has created a demand for professionals who understand the history of cheese making and the methods used to produce the finest cheeses. Tasting skills are developed through exposure to a variety of regional cheese styles. In addition, students learn professional skills such as cheese menu curation, cheese aging, cheese pairing, and proper service techniques.
Cheese consumption is trending in North America with a demand for natural cheese at the top of the list. The average Canadian was estimated to consume around 12.5 kilograms of cheese in 2020, an increase of over 15 percent since 2010, when annual per capita consumption stood at 10.7 kilograms. When looking at retail sales, according to statista.com, it is easy to see that consumers in Canada have a preference for naturally aged cheese.

That statistic is easily understood by the folks at Northumberland’s Empire Cheese Co-op because they have been making hand crafted naturally aged cheese since 1876. What makes Empire unique is its history, style, and novel flavours. People rave about their fresh squeaky cheese curds.

Empire Cheese is the last cheese factory in Northumberland County and remains a co-operative of just eight farming families. In order to be part of the co-op, members must be actively milking a dairy herd. Shares may only be transferred to a son or daughter if they are taking over the family farm. If the farm or dairy quota is sold, the member must turn in his or her shares to the factory.

Empire Cheese is operated by a Board of Directors, a general manager, and thirty employees. Staff includes production, packaging, order fulfillment, delivery drivers, retail and office staff. Cheese is produced, cut, packaged and shipped to over three hundred distributors weekly throughout Central Ontario. Find it in your neighbourhood grocery store by visiting the Empire Cheese website and clicking on the Find Us link.

Historic Beginnings
Empire Cheese has roots in Northumberland County since the late 1870s when the first factory was built outside of Campbellford. At this time there were seventeen cheese factories located within Seymour Township. Local farmers brought their milk by horse and buggy to the factory, where it was turned into cheese and then sent by train to Belleville to be graded and sold.
In the fall of 1952 a neighbouring cheese factory, Kimberly Cheese Factory burned down. In 1953, the members from Kimberly and Empire amalgamated and formed Empire Cheese and Butter Co-operative. Today, this plant still remains the home of the Empire Cheese Co-operative. A new retail store was added to the existing building in 2002. Now HACCP registered, (Hazard Analysis Critical Point Control), they are the top of the heap in respect of food quality standards.

The Role of Cheese in the Development of Canada

General manager Jack Oliver explains, “Cheese was a part of the development of Canada. It played a significant role in the dairy farmers’ livelihood.” He describes a historic small town Canadian dairy farm timeline; a picture that starts with horse and buggy milk delivery and ends with the closure of small cheese factories. But there’s a second half to his story, saved by poutine, natural food lovers and tourism, Empire Cheese Co-op thrives!

Jack said, “Milk was delivered to factories by horse and buggy, then it moved to truck delivery in forty-gallon cans. Then back to eighty pound cans delivered by farmers’ trucks and then bigger factories doing pickups with bigger trucks. Bulk tanks came in and milk is then picked up by tanker trucks. As each development came along, it would close more of the smaller factories, and now there are very few small factories left in business.”

“Despite many challenges, Empire Cheese has maintained positive growth over the last several years. Our commitment to quality has helped us to slowly increase our customer base and distribution area while maintaining a loyal relationship with our long-time existing customers. The growth of tourism in Northumberland County has brought more and more visitors into our retail store each year, and the movement towards knowledgeable consumers wishing to eat locally produced food has helped our business to steadily grow. Presently we have been extra busy due to more people eating at home, and take out from chip trucks has been very positive for poutine sales. The future appears secure as we still service small customers on our delivery routes. Big companies do not want to service them as they are too small.”

Old World Traditional Cheese Making 101
Empire cheese is made in an old world traditional way. All of their cheese is produced in open style vats using whole milk with no additives or preservatives. It is aged naturally. This also includes the production of cheddar cheese curds, which is at the heart of the business. Fresh curd is produced six days a week from April to October and five days a week from November to March. All of the milk used to produce cheese, is purchased from Dairy Farmers of Ontario.
The cheese is vacuum packed in their modern facilities to preserve the special flavour. A true mix of tradition and modern technology combine to give the customers the best possible product.

Empire Cheese produces cheddar and mozzarella cheese. Their cheddar ranges from extra mild which is a week to two weeks old to a four year-old version. Their mozzarella flavours offer red hot chili and jalapeno, described as ‘very hot,’ salsa, caramelized onion, garlic plus many more creative varieties. Loyal patrons love to recommend their favorites mozzarellas - beer, wine, cranberry, horseradish and mustard.
Customers also comment about having the opportunity to support local dairy farmers and Empire’s reasonable prices. I think their gift baskets are a great value and a way to, as Kathy puts it, “introduce the taste buds to new interesting cheeses and enjoy the best natural version of your favorites.”
Kathy thinks in cheese personalities. She told told me I would like Manchego. It is described as intense, zesty with a crumbly texture that's rich, full and slightly salty. Yes, I am intense, full of rich creative ideas and zesty, I certainly am not sweet but I haven’t crumbled yet. I have yet to try Manchego, but her fromage character analysis predicts my favorite Empire cheeses will be their four year-old cheddar and caraway mozzarella.
Kathy’s Canadian Cheese Guide book summarizes the entire realm of cheese, “This wholesome, pure food can be traced to every ethnic group, culture and period of history throughout time. Even today it provides a common link among people across the world. The experience of cheese connects everyone.”

When Marcia and I planned to collaborate on another article, I wasn’t expecting to get the short straw. My task was to take some photos of cheese making and I phoned Madison Simmons of Empire Cheese to book a time for a visit, “Any time after four o’clock in the morning would be fine,” she cheerfully announced, clearly unaware of my propensity for sleeping at such a time.

Is there something particular about cheese making that requires it to be an almost nocturnal activity? Does it need moonlight? Well no: the answer is consumer demand. People seem to want to buy fresh curds early in the morning and I can attest to people turning up just after eight and departing with a bag or two of curds.

This means that the poor cheese makers need to leave their beds at three in the morning to drive to Empire Cheese and start the cheese making process. From my own observations it is hard physical work in hot, humid and quite noisy conditions...I have a new respect for cheese and the people who make it for me to enjoy.